Blooming moss landscapes, spectacular fjords, gigantic volcanoes and fascinating lava deserts – Iceland, the island of fire and ice, is a paradise for every nature lover. The island in the North Atlantic extends to the Arctic Circle. Huge geysers, hot springs and extensive lava and ash fields characterize the landscape. The country is full of contrasts, secrets and surprises. In winter the magic of the northern lights beckons, in summer the midnight sun enchants.

And even the pulsating capital Reykjavik spoils with countless sights, lots of culture and a hip art scene. Along steep peaks, across meadows with arctic flora to colorful rhyolite mountains, visitors walk in the footsteps of the Vikings. At the same time you enter the mystical world of elves and trolls.

In the following we present you the most exciting tours, the most beautiful attractions and the best sights in Iceland. 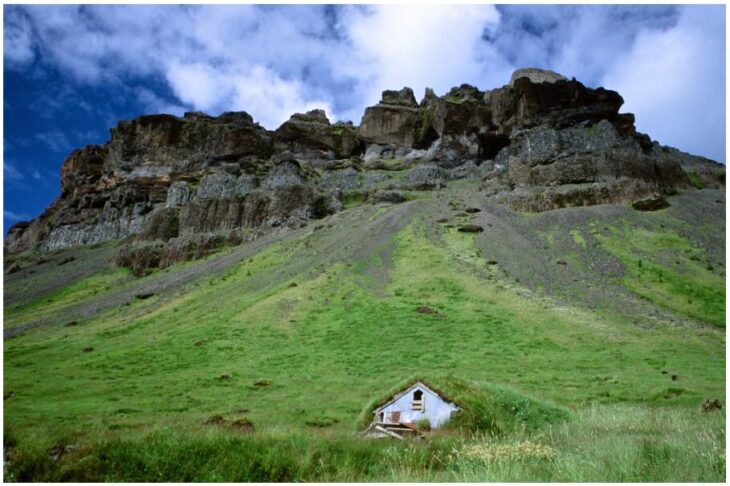 On the southwest coast, the Icelandic capital impresses with impressive buildings, museums and culinary highlights. Small houses with red, blue and green roofs give the city an almost village-like character. However, there is no sight of smoking chimneys. The colorful houses are heated exclusively with geothermal energy. The center of the city is the Tjörnin, a small lake with parks. Most of the sights are located around it. The city’s architectural pride is the Harpa concert hall, which opened in 2011.

It symbolizes the resurgence of Iceland after the financial crisis. The landmark of the city is the towering Hallgrímskirkja. The 73 meter high church tower offers a fantastic view of the city and the sea. The National Museum is in the immediate vicinity. There is an exciting overview of the settlement history up to the 19th century. Tip: The futuristic glass dome Perlan with a viewing platform is located on the wooded Öskjuhlió hill. The famous Saga Museum is well worth a visit.

2. Waterfalls in front of the green city of Akureyri

Surrounded by 1,500 meter high mountains in northeast Iceland is the second largest city on the edge of Eyjafjörður. Akureyrarkirja Church, completed in 1940, rises above the fjord. A large flight of stairs leads to the building. Those who climb the 112 steps can enjoy a wonderful view. Afterwards, a walk through the green city with a visit to the botanical garden is worthwhile.

The garden not only inspires with an extraordinary variety of plants, it is also the northernmost of its kind in the world. Not far are both the Goðafoss and Dettifoss waterfalls and the islands of Grimsey and Hrisey. While Grimsey can be reached by plane that runs regularly from Akureyri, time seems to stand still in Hrisey.

The Skaftafell National Park lies like a green oasis in the middle of a huge glacier area. With its heathland, the area around the former Thingstätte Skaftafell forms an impressive contrast to the black gravel plain and the white ice masses. On a hike there are spectacular views with an unforgettable panoramic view of Vatnajökull. The ice masses of the largest glacier in Europe are up to 1000 meters thick in some places.

Every five years, huge masses of water pour deep into the glacier foreland. The Svartifoss waterfall, which is one of the most beautiful waterfalls in Iceland, is no less exciting. The 20 meter high black basalt columns look like organ pipes over which the “Black Fall” falls into the depths. The largest historical lava eruption on earth began about 60 kilometers further west. Over 100 craters of the Laki volcano lie over a distance of 25 kilometers.

The lively Nordic city is an ancient settlement area and a magnet for whale fans. In summer, numerous species of whales off the coast are among the most exciting sights on Iceland and can often be observed very closely. First, the whale museum provides information about the biology and history of whaling. The whale watching trips start at Hudavik’s house bay.

Sperm whales, humpback whales, minke whales and with a bit of luck even orcas can be seen on a whale watching tour. In the town itself, there is a stave church in the pagoda-shaped style, and the place is also an attractive ski area with popular slopes on steeper mountain slopes. Húsavik looks like a postcard – a magical scene in a breathtaking landscape.

5. Thermal baths and craters in the Mývatn area

Because of the multitude of different volcanic forms, the region around Mývatn is extremely popular. Desert-like ash fields, bizarre lava formations, rock crevices and craters make this area an impressive experience. The fourth largest lake in Iceland is a unique biotope. A phenomenal variety of volcanic formations is offered here. After Pingvellir, the Mýtvan region has the most visitors.

The impressive natural pools include a geothermal swimming pool, which is open in both summer and winter. The hot water grottoes Stórgjá and Grjótagiá, filled with 40 degrees warm water, are another attraction. As the largest explosion crater, the Hverfjall, formed 2500 years ago, is impressive. The tuff wall rises up to 170 meters above the surrounding area.

6. Volcanoes and puffins in the Westman Islands

On the south coast of Iceland, the Vestmannaeyjar archipelago is made up of 15 islands, of which only the main island of Heimaey is inhabited. When the Helgafell volcano, believed to have long since been extinct, erupted in 1973, it buried a large part of the island under its lava. The threatened destruction could be stopped prematurely by discharged seawater. Around 7,000 people were evacuated at that time. The island town can be easily explored on foot. A hike to the Eldfell volcano is worthwhile.

You can still feel the warmth that radiates from the rock. On the way you will discover the remains of the houses buried under the lava. The cliffs on the steep coast are also impressive. They form the ideal habitat for countless species of birds. The bird cliffs lying in the sea off the coast can be visited by boat. There are whole colonies of puffins to discover.

7. Gullfoss and Geysers on the Golden Circle

The Golden Circle brings together Iceland’s most famous sights in the southwest. Lake Pingvallavatn lies north of Reykjavik. Here you can visit Nesjavellir, the largest geothermal power plant. On the north bank of the lake is the place Pingvellier with the famous Parliament Square. The historically most significant place in Iceland is surrounded by the country’s oldest national park. Afterwards, an excursion to the Geysir thermal area is recommended.

First of all, Laugarvatn inspires with a lake fed by warm springs and a steam sauna. The path continues to the bubbling spring springs of the thermal area. Here the bubbling hot water and mud pools are impressive, while a few meters further the Strokkur butter churn hurls boiling hot water upwards every 5-10 minutes. The most beautiful waterfall in the country is very close by. The “Golden Waterfall” (Gullfoss) falls deep into a gorge in two staggered cascades.

The north-west of Iceland declares itself to be the natural paradise at the end of Europe. In the eastern part of the fjords is Hólmavik, the largest settlement in this area. The extraordinary region houses a witch museum with magical bird feathers, skulls, medicinal herbs and much more.

Hólmavik used to be one of the strongholds of magic. The Sorcery & Witchcraft Museum invites you on a mysterious journey and inspires with many aspects of magic. Those who are interested in sheep breeding, on the other hand, will find another great exhibition just a few kilometers outside of Hólmavik, the only one of its kind in Iceland.

9. Blue Lagoon on the Reykjanes Peninsula

The Reykjanes Peninsula is just a few kilometers from Reykjavik. The Blue Lagoon is particularly popular. It is an outdoor swimming pool with pools made of lava. Here visitors relax in the milky blue, geothermally heated water. The adjacent geothermal power plant uses the heat from the water as an energy supplier.

Another worthwhile attraction on the peninsula is the port of Keflavik. This is where the Viking ship Íslendingur has its home. It sailed over 4,000 kilometers to America in 2000. The local history museum in Torfhof Stekkjarkot takes its visitors into the fabulous world of the Vikings.

10. Tour of the mighty Hekla volcano

Iceland’s most famous volcano is located about 125 kilometers east of Reykjavik. The active, 1447 meter high volcano offers itself with several snow-covered craters and a 5 km long volcanic fissure. In Germanic mythology, it was considered the entrance to the realm of the dead. Since the first recorded eruption in 1104, other eruptions have followed. The last outbreak worth mentioning occurred in 2000, with little damage.

Iceland’s eerie volcano, with its back in the shape of a fire-breathing kite, erupts without warning. The volcano is now considered overdue. Hekla is therefore carefully watched. The way to the volcano is difficult and should only be done in a group and with a local guide. Particularly exciting: the ride in an off-road vehicle over the “back of the kite”. 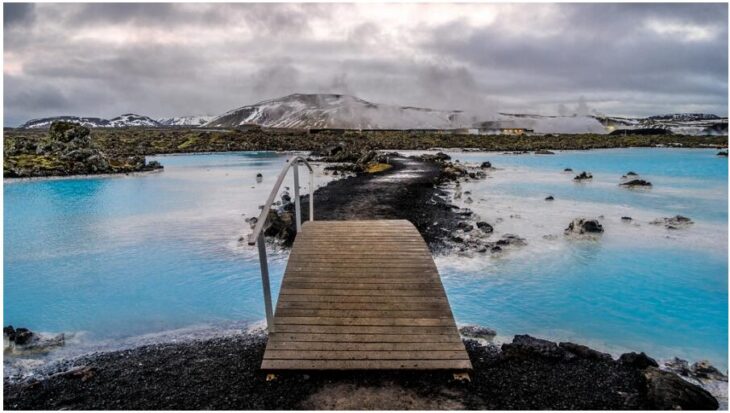