Historic Wroclaw is a diverse city destination. Wroclaw is a colorful mix of different cultural influences. Historical sights, beautiful river views and interesting places to eat make the city one of the most attractive destinations in Poland. 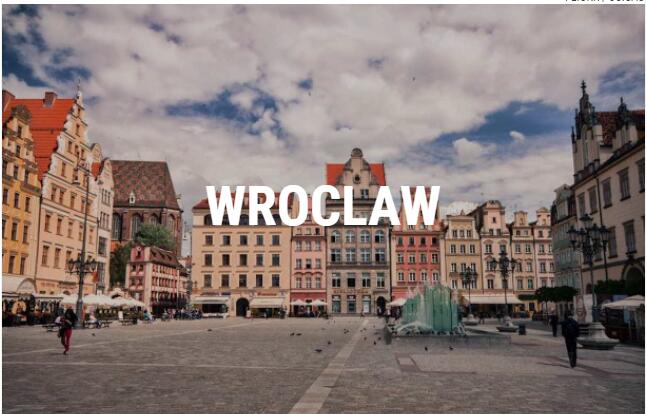 Wroclaw in southwestern Poland is one of the largest cities in the country. Throughout its history, Wroclaw has been under the rule of several different countries, and the more than a thousand-year-old city has a particularly strong German and Czech influence. In Wroclaw, almost every place also has a German name. The city itself is also known by several different names, for example in German it is Breslau and in Czech Vratislav.

Wroclaw is crossed at several points by the Oder River, which flows through the city. The city has more than a hundred bridges connecting the islands into which the river has divided the city. Oder is a significant part of the cityscape. There are pedestrian streets along the river bank, where you can enjoy the atmosphere created by the river and explore the city.

For the traveler Wroclaw offers a huge range of options. In the city you can explore the history, enjoy the beautiful scenery, visit the sights and museums and eat well.

A city full of things to see

Wroclaw has something to see everywhere, as the city is full of magnificent buildings from different eras. In addition to the actual attractions, it is worth taking a tour of the city so that you have time to get to know the cityscape colored by history.

The city’s market square is the heart of Wroclaw and a meeting place for city dwellers. The square is home to Wroclaw’s Old Town Hall, one of the city’s most famous sights. Also worth a visit are the city’s churches, the most significant of which are located right in the center or on the cathedral island.

Wroclaw’s most famous sights also include the Centenary Hall and a huge panoramic painting of the Battle of Raclawice. The city’s museum offerings include museums presenting art, architecture and Polish culture.

The city has several beautiful gardens that offer the opportunity to get to the edge of nature for a while. The most popular are the Botanical Garden of the University of Wroclaw and the Japanese Garden of Szczytnicki Park. 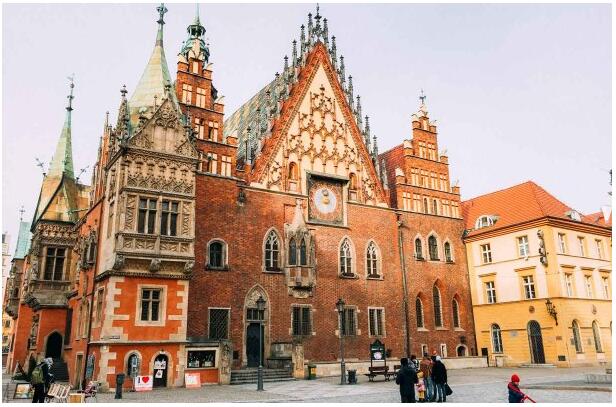 The Old Town Hall is the most famous building in Wroclaw.

Experience and see for yourself

The price level in Wroclaw is quite affordable, so you can go on a trip with a smaller budget and still experience the best pieces of the city. Although credit cards are widely used, it is a good idea to carry cash with you, especially for smaller places.

The city’s restaurants represent a wide variety of food cultures and there are suitable options to suit every budget. It is worth exploring Polish food and local drinks without prejudice.

Wroclaw has many opportunities for shopping, as the city has several shopping centers, markets and souvenir shops. Arkady Wroclawskie is one of the best shopping places in the city. In addition to a comprehensive selection of shops, the modern shopping center has a cinema and restaurants.

Tourists will be delighted that there are more than 130 places in the city where you can use the free internet connection provided by the city. Internet is available, for example, at the airport and at major attractions.

Be prepared for variations in the weather

Wroclaw is a city holiday destination, so you can travel there all year round. Summers are hot, but in winter the temperature can drop well to minus and snow is not uncommon. In summer, temperatures rise to a maximum of 30 degrees. In winter, Wroclaw can have up to 20 degrees below zero.

The weather in Wroclaw may change quickly and it is not worth counting on a mere weather forecast. Reasonable packaging avoids the annoyances caused by the weather. An umbrella and extra warm clothes may be necessary and you should not forget sunscreen in the summer.

THE BEST OF WROCLAW 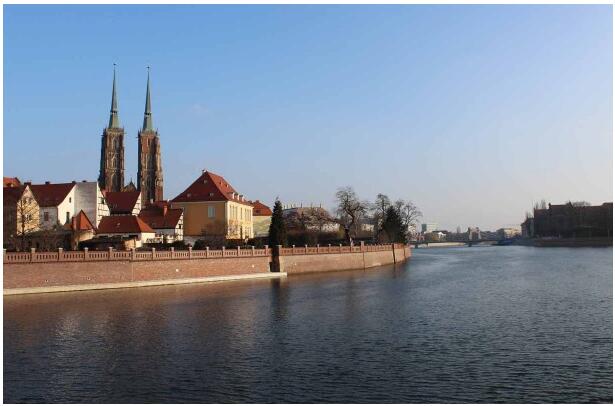 Wroclaw’s Old Market Hall is housed in a building completed in the early 20th century. While shopping isn’t inspiring, it’s worth visiting the market hall to admire the architecture of the building and explore the local way of life.

The market hall has hundreds of stalls on two floors. The downstairs is focused on food products, while the upstairs sells consumer goods from side to side. From the market hall you can grab a trip to fresh fruit and a bouquet of flowers or buy local delicacies as a gift.

In Wroclaw, it is worth climbing the church towers, as they offer beautiful views of the city.

The most interesting museums

The best cafes for delicacies